Genius Pipe Review - Why is it so special? – Herbalize Store IE 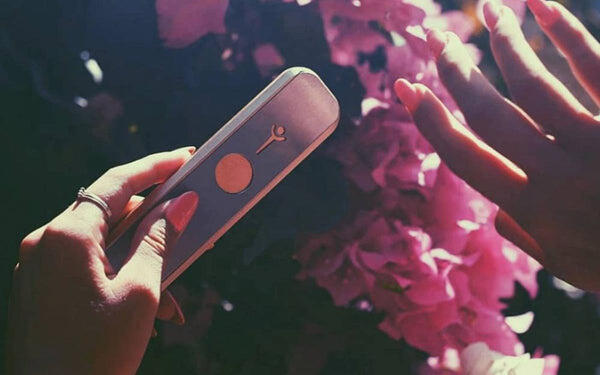 Editor's Note: This post was originally published in July 2018 and has been updated for accuracy, freshness and comprehensiveness.

Here at Herbalize Store, we’ve seen our share of unique smoking equipment. When it comes to unusual pipe designs, though, the Genius Pipe definitely takes the cake.

The Genius Pipe is almost impossible to break. It delivers bong-like smoothness without using a drop of water. Best of all, you can clean it without using brushes, pipe cleaners or harsh chemicals. What is this thing? It’s the Genius Pipe, of course! In this review, we’ll share our account of what it’s like to use the Genius Pipe.

What Makes the Genius Pipe Different?

The thing that makes the Genius Pipe unique isn’t so much the flat design, although that certainly sets it apart from traditional herb pipes.

What’s truly interesting about the Genius Pipe, though, is what you see on the inside when you disassemble the pipe’s magnetic components. Inside the pipe, you’ll see thousands of tiny dimples.

The dimples cause the smoke to swirl inside the pipe, cooling the smoke and removing some of the heavy tars and resins. The maker of the Genius Pipe claims that the dimples give you the coolness of a water bong and the pure flavour of a direct flame pipe. Does it work? We’ll share our thoughts. Out of the Box: First Impressions

The first thing you’ll notice upon removing the Genius Pipe from its packaging is that it’s much smaller than it looks in the pictures. It doesn’t look out of place next to a smartphone, and any non-smokers who see the Genius Pipe will most likely assume it’s a gadget of some sort.

The build quality of the Genius Pipe is excellent. The perfectly machined anodized aluminium components fit together seamlessly, and the strong magnets have no difficulty holding the pipe together.

Thanks to the exacting tolerance of the aluminium parts, the pipe does an excellent job of containing the smell of your herbs. You can pack a bowl and carry the pipe in your pocket or purse all day without anyone noticing – and thanks to the strong magnets, there’s no chance of the pipe coming open and losing your herbs.

The Genius Pipe uses a screen to keep your herbs out of the interior of the pipe. The screen is a removable component that you can easily clean and replace.

There are plenty of unique herb pipe designs out there. No matter how unusual a pipe is, though, most non-smokers will recognize it for what it is. With its sleek, flat design, that’s not true of the Genius Pipe. Non-smokers simply ignore it. If you meet a fellow smoker, though, get ready for a fun conversation! The Genius Pipe is made from anodized aluminium and held together with strong magnets. It doesn’t break like glass or dent like pipes made from soft metals. Although we wouldn’t recommend doing so, we have heard of Genius Pipe owners testing the durability of their pipes with hammers and failing to make a dent. Even with rough handling, the Genius Pipe should last a lifetime.

From a distance, the Genius Pipe looks like an electronic gadget such as a smartphone. It’s also about the same size as a smartphone, which means that you can store it virtually anywhere. Carry it in your pocket or purse – whatever works for you. The hard aluminium resists bending, scratching and crushing.

The Genius Pipe has a sliding top cover that covers your herbs and keeps them in place while preventing the smell from escaping. You can pack the pipe, close the lid and bring your herbs anywhere, ready for a discreet smoking session at a moment’s notice.

When you disassemble the Genius Pipe’s magnetic components, you’ll see the feature that gives the pipe its name. When you use the pipe, the smoke passes over thousands of tiny dimples.

The dimples encourage the smoke to form vortexes, swirling around in the dimples before proceeding to your mouth. As you use the Genius Pipe, you’ll learn that inhaling slowly is the best way to ensure that the smoke lingers in the dimples as long as possible for maximum cooling.

When the smoke finally reaches your mouth and lungs, you’ll find that it is remarkably cool, smooth and cough free. Unlike water filtration – which cools the smoke but muddles the flavour of the delicate terpenes in your herbs – the dimples in the Genius Pipe cool the smoke while preserving its flavour.

Once you have finished your toke, you slide the magnetic lid back over the bowl, which then extinguishes the flame, making the whole process a lot safer!

Tar and resin are heavy. That fact means that the dimples of the Genius Pipe have a secondary purpose aside from cooling the smoke. As the smoke swirls around in the dimples, some of the tar and resin settle to the bottom.

You’ll see the dark tar when you open the pipe after a few smoking sessions. Without a filter, the Genius Pipe can help to prevent some of the harmful products of smoking from entering your lungs.

Although it’s undisputed that the Genius Pipe provides a stellar smoking experience, the quality of the smoke may not actually be the Genius Pipe’s greatest feature. If you’ve ever cleaned a traditional herb pipe, you know how hard it can be to remove the sticky resins.

The Genius Pipe, however, disassembles easily and doesn’t have any areas that are hard to reach. Simply pull apart the magnetic sections of the pipe and dip them in a bath of rubbing alcohol for a few minutes.

After soaking the pipe, rinse it in warm water. Any remaining resins fall away. Dry the pipe with paper towels, and you’re ready to enjoy a completely clean smoking session.

The top cover of the Genius Pipe slides off to expose the pipe’s bowl. Remove the cover, place your herbs in the bowl and push down lightly to pack. You want to pack the herbs tightly to prevent yourself from needing to relight them constantly, but don’t pack the herbs so tightly that you block the airflow.

The longer the smoke swirls around in the pipe’s dimples, the cooler it’ll become. Using the Genius Pipe, we found that the dimples did a magnificent job of keeping the smoke cool and smooth.

If you don’t usually use pipes because they make you cough, you’ll love the fact that the Genius Pipe provides a totally cough-free smoke that doesn’t irritate the lungs. If you want to enjoy even more coolness, try putting the Genius Pipe in the freezer for a half hour before packing and using it.

You can’t do that with a glass pipe! You’ll get around 5-7 pulls from a fully packed bowl, so the pipe will remain cool throughout your smoking session.

Although the primary purpose of the 2,000 dimples in the Genius Pipe is to keep your smoke cool, we noticed that the dimples also perform another function: They act as a sort of filter.

As the smoke swirls around the inside of the Genius Pipe, tars and resins settle to the bottom of the dimples. After a few smoke sessions, you’ll see the dark tars when you open the pipe and marvel at all of the sticky stuff that you avoided inhaling.

When you’re done using the Genius Pipe, simply tap it to remove the ashes from the bowl and replace the cover. The fact that the cover creates a nearly airtight seal is also perfect for sessions that are unexpectedly cut short. Placing the cover over the bowl kills the flame and conserves your material for a later session.

What Can You Smoke in the Genius Pipe?

The Genius Pipe works with dry herbs and wax concentrates. Wax liquifies when you heat it, though, so you’ll need an accessory from Genius called the G-Stone if you want to use the Genius Pipe with dabs.

Place the G-Stone in the bowl of the pipe and put a dab on the top of the stone. The G-Stone is made from porous ceramic. Since it doesn’t burn, it’ll last indefinitely and will keep the liquified dabs out of the body of the pipe.

When you hold a flame over the dab, it liquifies, and the G-Stone absorbs it. The G-Stone gets hot, vaporizing the dab. The G-Stone makes it possible to vape concentrates in the Genius Pipe without a complicated dab rig.

When you use the Genius Pipe, you’ll notice that tars and resins collect inside the pipe fairly quickly due to the filtering effect of the dimples.

When it came time to clean our Genius Pipe review sample, we were treated to what might be this pipe’s greatest feature: You can clean the pipe and make it as good as new in five minutes with no brushes, pipe cleaners or chemicals.

Disassemble the Genius Pipe, fill a bowl with isopropyl alcohol and submerge the pipe in the bowl. After five minutes, remove the pipe and rinse it in the sink. After drying and reassembling the pipe, you’re ready to get back to smoking.

Do you need to clean your genius pipe in a hurry? Try an isopropyl alcohol wipe. They’re available in your local pharmacy. All it takes is a quick rubdown to remove the tars. You’ll be back to smoking in minutes.

Using dry herb might be fun, but many of the things that go along with herb smoking aren’t very fun. Rolling joints can be a pain. Bongs are impossible to clean.

Pipes are typically easy to use and clean, but some people avoid pipes because of the harshness of the smoke; the flame is just too close to the mouth and lungs. The Genius Pipe gives you the best of all worlds. It gives you smooth smoke like a bong, but it’s far easier to clean.

It’s even easier to clean than a traditional pipe because most pipes have narrow tubes and curved parts that are difficult to reach. With the Genius Pipe, the only required maintenance is an occasional screen replacement or dip in rubbing alcohol.

No other smoking product is so convenient and trouble-free. If you think that you don’t like smoking dry herb in a pipe, you owe it to yourself to give the Genius Pipe a try. We believe that it will surprise you.

This trusted information is sourced form the manufacturer and from our own experience using the product.

Share on
Previous Reading The Beginner's Guide To Glass Pipes
Next Reading The New PAX 3 Colours: Everything You Need to Know
Recent posts
Shop
Search
0