Is Your Health At Risk From Your Dry Herb Vape? – Herbalize Store IE

Is Your Health At Risk From Your Dry Herb Vape? 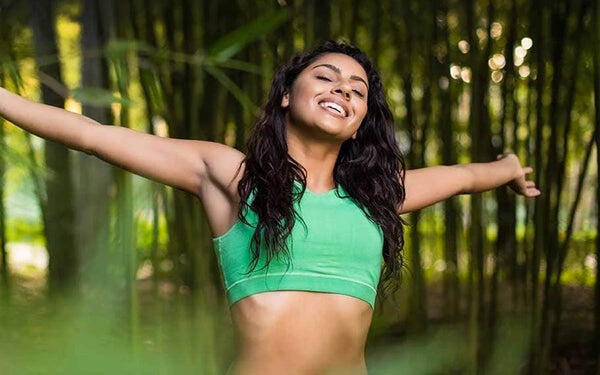 Is Your Health At Risk From Your Dry Herb Vape?

The vape crisis has been a headline fixture for months. The debate has entered a new phase as experts warn that the ban could do more harm than good, undoing the progress made in reducing cigarette use.

On the other side of the debate, deaths linked to vaping now stands at 14. Experts have predicted that lung disease caused by vaping may hit the rest of the world soon. Vapes were once marketed as a safer alternative to smoking, and yes, their growth in popularity has been matched by a massive reduction in cigarette use.

On the other hand, the recent cases of sickness and deaths linked to the use of e-cigarettes is a major concern. At its core, this is a debate about harm reduction.

Though this debate ostensibly has nothing to do with those who use dry herb vapes. These are a popular way to enjoy CBD such as those on sites like CBD Scanner UK, a popular health supplement, so it follows that users will be health-conscious. Naturally, when vapes started making headlines because of potential health risks, it raised concerns.

What Are The Differences Between an E-Cigarette and a Vape?

Vapes and e-cigarettes both have superficial similarities: They’re portable devices, they help you avoid inhaling smoke, and they use electronic heating systems.

The similarities end there. Vapes and e-cigarettes use vastly different heating systems. E-cigarettes use an atomiser; a self-contained heating coil and wick. This is intended to instantly evaporate specially formulated e-liquid or vape juice. Atomisers instantly heat up, have a short lifetime, and are intended to be replaced frequently.

Dry herb vapes, on the other hand, have slower, but more sophisticated electronic heating systems. These generally come in one of two forms, conduction or convection (Though some brands like Storz & Bickel, use hybrid systems).

Conduction vaporizers can be thought of as a kitchen stove, it directly heats the herb. This is slower than an atomizer, but it is also the faster of the two methods. Convection, on the other hand, is more similar to an oven. It heats the air surrounding your herb heating it indirectly.

This often leads to a thicker, more flavourful vapour but at the cost of a slow heat up time. The heating systems found in vaporizers also often feature some kind of temperature control.

This allows users to directly affect the density and flavour of their vapour by adjusting the heat in the chamber. The higher the temperature the more potent your vapour, however, lower temperatures are great for light doses and for those who want to enjoy the taste of their herb.

On top of this, vapes and e-cigarettes are very different in as far as what they vaporize. E-cigarettes heat a specially designed liquid called vape juice or e-liquid.

Un-regulated THC e-liquid has been accused of being a cause of the health crisis in the US. E-liquid containing vitamin e acetate has been linked to several cases. This ingredient has been found mainly in illicit e-liquids that are not stocked in regulated vape stores. E-liquid, regulated and illicit, also tend to contain flavouring.

It’s worth mentioning that the New York state ban on flavoured e-liquids has nothing to do with any potential toxicity. The rationale is that the sweet flavouring, combined with slick marketing and design, can attract underage users who can subsequently become addicted to the high nicotine content.

Dry herb vapes, in comparison, simply use dried plant material. This means when you use a dry herb vape, all that you are inhaling is the active ingredients in the herb and water vapour. All the carcinogens, toxins, and soot remain locked up in the plant matter.

Dry herb vaporizers diverge wildly from e-cigarettes in how they operate and what materials they use. The ongoing health crisis is centred entirely around the heating systems and e-liquid that e-cigarettes use.

Checkout: - Why Do People Vape

If you use a dry herb vaporizer, then you have nothing to worry about, any similarities between them and e-cigarettes are entirely superficial.

After you consider heating and materials, dry herb vaporizers diverge even further from e-cigarettes. E-cigarettes are generally simple, relatively modular devices that are built around their batteries. Dry herb vaporizers tend to have a far more sophisticated construction.

The most important part of a dry herb vaporizer is its heating chamber or oven. This is where your herb goes when you load it and it is where it is heated. Chambers are usually made of a conductive material.

This material can range from aluminium or ceramic to more expensive materials like titanium and stainless steel. Regardless of the material it will usually be built to a medical or food-safe standard to ensure that it’s safe for human consumption.

Connected to this part is the isolated air path. In e-cigarettes, there is no air path. The atomizer usually opens directly onto a plastic mouthpiece. In a dry herb vaporizer the airpath is the part of the vaporizer that connects the chamber to the mouthpiece.

It is often made out of non-reactive materials, often ceramic or borosilicate glass vapour paths as seen in the Arizer Solo. This is to ensure that the vapour isn’t tainted by the taste of ionized metal or hot plastic.

The Health Benefits of Vapes

Not only are dry herb vapes free of the health risks in the headlines, they actually have a huge amount of health benefits when compared to other ways of consuming dry herb. As we mentioned above, they allow you to enjoy the active ingredients in dry herb without any of the harmful toxins released by combustion.

Regardless of your consumption method, herb has to be heated to release active ingredients than can interact with the endocannabinoid system found within your body.

There are many ways to do this, and all of the most famous involves combustion. Hand-rolled cigarettes are a popular method but many people find them harsh.

An alternative are water pipe and other glass pieces. Many people assume that when the smoke of a hit is drawn through the water of a pipe it is filtered. Indeed, many waterpipes feature a dizzying array of percolators, bubblers, and ice notches that a hit has to travel through.

However, the intention of the water is to act as more of a cooling agent than a filter. While some particles are pulled out by the water, many of the harmful contaminants remain.

Ultimately, the only way to avoid the tars, carcinogens, and other toxins found in dry herb is to use a vaporizer. On top of this, vaporizers are far easier for people inexperienced with dry herbs to use and are far gentler on the user’s lungs.

Ultimately the controversy, debate, and restrictions being put on e-cigarettes have nothing to do with dry herb vapes.